Boiling water when camping is a matter of convenience, function, and safety. Knowing why you might need to boil water and how to do so quickly and effectively ensures your camping trip is fun and incident-free. The more you learn about boiling water, the better prepared you’ll be to enjoy our camping trip.

Affiliate Disclosure
We are not compensated by the brands of products included in reviews. We earn your trust along with a small commission from the Amazon Affiliate program only for the qualified purchases. We focus on winning YOUR TRUST – we would never recommend a product without proper research; Instead, we take our time so that you can make only informed decisions. 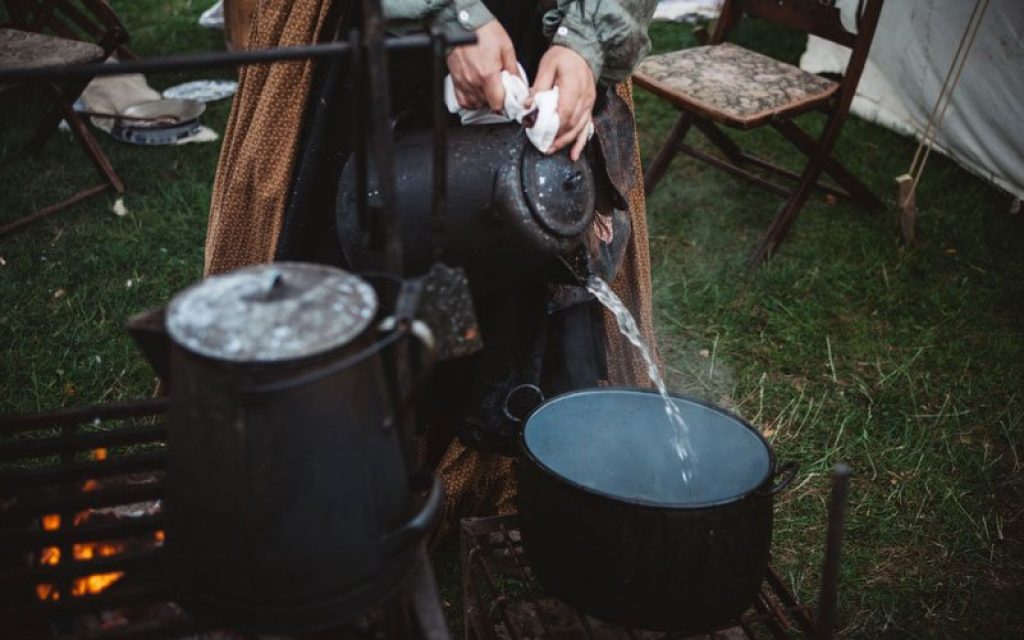 Why Might You Need to Boil Water While Camping?

Boiling water can be a way to make the water you find in nature safe to consume. If you aren’t able to bring along the water from home or you’ll be hiking a long distance and can’t possibly carry enough water for the hike, boiling water is one of the simplest purification methods available.

Boiling water also allows you to bring along dehydrated foods that take up less space and weigh less than other food options. You can pack several weeks’ worth of food into a pack if you choose dehydrated options and then boil water along the way to make the food palatable again. It enables you to have a tasty, nutritious meal without concern for lugging along all sorts of ingredients and heavy materials.

What are the Best Ways to Boil Water when Camping?

So now that you know why you might need to boil water, we can take a look at how to boil the water. Most of these methods are relatively simple, but what’s right for you depends on your camping situation, how much traveling you’ll be doing on foot, and what you have access to while camping.

Boiling on a Canister Stove 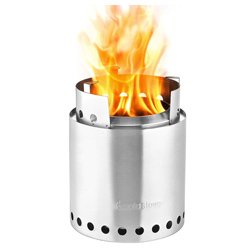 One of the most comfortable and most traditional methods for boiling water while camping is to cook it on a canister stove. Canister stoves are relatively lightweight and easy to carry, but you’ll also need to bring the fuel with you. They make it easy and fast to boil water. These stoves are excellent for a variety of different cooking methods and come in several different weights and price ranges. Even the simplest most inexpensive options are capable of boiling water for you. 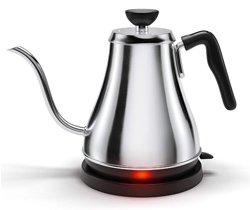 This is just like it sounds – a kettle with a flame inside. They boil water fast and work well if you’ll be in windy conditions where it’s difficult or dangerous to get an open fire going. They require no batteries or complicated fuel sources, and they are one of the most efficient methods for boiling. They’re also safe, so they’re a great option to have around if you are camping with children and are concerned about lighting a campfire.

If you want to have a traditional camping experience and boil water “the old fashioned way,” you’ll do it over a campfire. Campfires come with several risks, so you need to be careful with this method, but it’s a popular option because it’s such a typical component of camping. 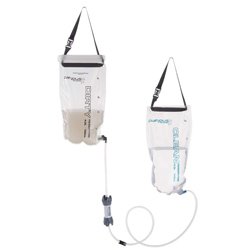 One of the most important things to keep in mind when boiling water while camping is safety. Keep in mind that even though boiling helps purify water, it’s not going to filter toxic chemicals. It’s better to bring water from home or use another filtering method unless you are dealing with an emergency. The average camper shouldn’t be boiling water from a lake or stream to drink for survival.

Also, keep in mind when you are boiling water that you are releasing some of it back into the air through steam if you are doing an open-pot boil. This isn’t a bad thing unless the water is in short supply. If you are limited to water, and you aren’t sure where more is going to come from, you need to choose a boiling method that will conserve as much as possible. Contained boiling devices drip steam and condensation back into your supply, so you don’t need to worry as much about waste.

Using an open flame to boil water can also be dangerous. Any time there is an open flame, it’s risky, so make sure the fire is contained in a fire ring or similar tool and keep people as far away as possible from the flame. It’s also important to check the wind direction when setting up the fire and make sure you heed any burning warnings for the location in which you are camping in. The last thing you need is for a spark from your open flame to take flight and ignite a forest fire.

Finally, they realize that boiling water is also a threat to safety. Spilling boiling water on your skin can result in severe burns, so you want to make sure you are using proper precautions and reducing your risks for spills as much as possible. Bring along a potholder, so you’re able to touch the device in which you’ve boiled without burning yourself. Also, make sure you’ve packed a first aid kit, just in case an accident does occur.

Boiling water is an essential part of the camping experience for many different reasons. Many people take it for granted until they are out in the wilderness and faced with decisions about how they will boil. It’s best to think things through in advance, consider some of the worst-case scenarios that could require you to need to boil water and plan for these potential problems.

Never assume everything will go as planned for camping. One of the most critical components of camping is being prepared for anything that might occur in the wilderness.

Best Pans for Cooking Over Campfire

Related Articles
We will be happy to hear your thoughts

“IMPRIE.com is a participant in the Amazon Services LLC Associates Program, an affiliate advertising program designed to provide a means for sites to earn advertising fees by advertising and linking to Amazon.com.”